Signals are a limited form of inter-process communication used in Unix, Unix-like, and other POSIX-compliant operating systems. A signal is an asynchronous notification sent to a process or to a specific thread within the same process in order to notify it of an event that occurred. Signals have been around since the 1970s Bell Labs Unix and have been more recently specified in the POSIX standard.

kill - send signal to a process

The kill() system call can be used to send any signal to any process group or process.

If pid is greater than zero:
The sig signal is sent to the process whose ID is equal to pid.

If pid is zero:
The sig signal is sent to all processes whose group ID is equal to the process group ID of the sender, and for which the process has permission; this is a variant of killpg(2).

Now, it can happen that in multiprocessor env other process may be running or may not. So, we post the signal and when the process come to life it will receive the signal and act appropriately. 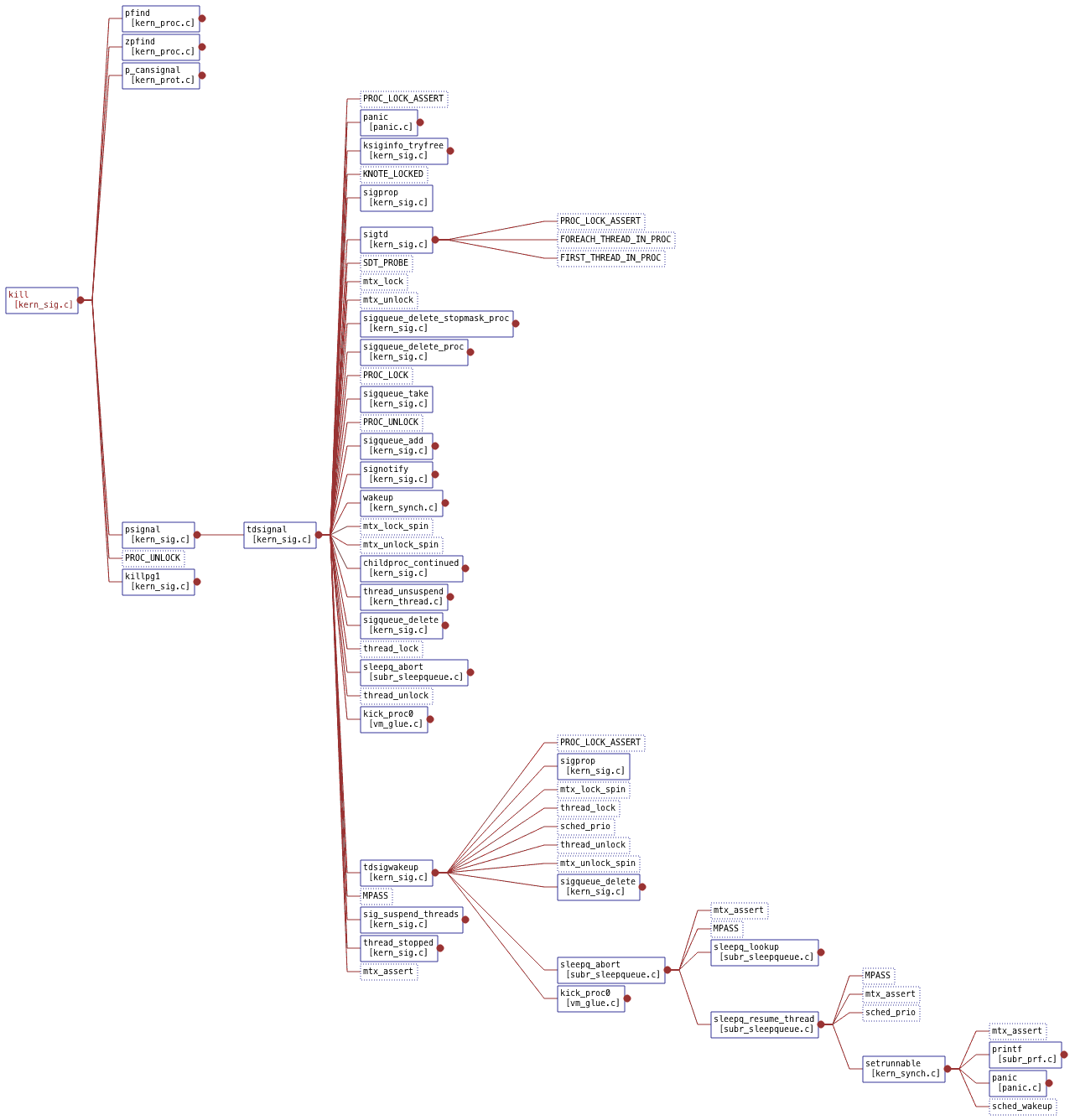 So far, in above processing we have loaded the target process to to the run queue and eventually our process run time slice will over and now another process will run.